A Few Provisos, a Couple of Quid Pro Quos: Understanding the Exceptions to Rule 1.16A

I have written before about Colorado’s Ethics Rule 1.16A, the most helpful rule ever promulgated by the Colorado Supreme Court.  See Making Molehills Out of Mountains (9 April 2016).  Rule 1.16A provides both guidance and ethical safe harbors enabling Colorado lawyers to ethically manage their client file archives.

From the Attic to the Cellar

When I began practicing in 1981, our firm had just celebrated its fifth anniversary.  Our entire client archives could be housed of a small wood and chicken wire “cage” in the dark and somewhat musty attic of the 1892 Equitable Building where, as a clerk and young associate, I was sometimes sent to find and retrieve a file.  It was not an unpleasant task.  The Equitable Building attic was pleasantly cool both winter and summer.  A trip to its attic provided a brief escape from routine, and allowed one’s imagination to connect with ghosts of lawyers long passed, such as MaryFlorence Lathrop, who called the Equitable Building home since the day it opened nearly a century earlier.

When we moved to Seventeenth Street Plaza in 1987 we dragged our client files with us, where they were consigned to the nether regions of the 1982 high-rise until they outgrew the available space to be stored onsite.

After then, like many firms, we enriched the coffers of Iron Mountain® by sending our client files to its massive warehouses.  Iron Mountain was like a cloud server for physical documents – infinitely scalable and not tied to our physical location.

Seventeen years and one move later – this time to 16 Market Square – we were still using Iron Mountain as our client file archive solution.  Out of sight was out of mind until the increased cost of that “infinitely scalable” storage, combined with constantly recurring charges for rush file delivery, finally caught and demanded our attention.   This epiphany occurred before Rule 1.16A, when there was little guidance on how to properly dispose of client files.  We spent months developing and implementing a protocol of notifying clients to come get their old files if they still wanted them.  Unsurprisingly, few clients took us up on that offer.

The implementation of our file retention and destruction protocol was a full-time job for our records department, as each file had to be reviewed to make sure that original documents – wills, deeds, certificates of trademark and copyright registration, and other papers having continuing legal force – were not committed to Iron Mountain’s fiery crematorium along with notes, drafts, correspondence, and pleadings that nobody cared about anymore.
Implementation also consumed substantial attorney time since our protocol required our records staff to confirm any doubts about what should be kept with the attorney assigned to the file – assuming that attorney still practiced with our firm.  It was a Herculean labor, even for a firm then only 30 something years old, but we finally got on top of our mountain of paper  just about the time Rule 1.16A was adopted, nine years ago on 10 February 2011.

From a Paper to a Digital Mountain

Much has changed since I breathed my last lungful of the Equitable Building’s cool attic air.  While the completely “paperless” legal office is still a pipe dream, we have largely moved on from Iron Mountain’s physical document “server” to an actual digital cloud server: Netdocuments®.  While this has considerably reduced the need for, and cost of, rush file retrieval, neither cloud servers nor Rule 1.16A have eliminated the task of client file management and document “sanitation” – it has simply changed the medium and process.  Iron Mountain’s document shredding has simply been replaced with digital destruction standards, first DoD 5220.22- M, and later NIST SP 800-88.

Take Thy File Hence and Never Let It Darken My Door Again!

In my earlier blog I observed that, despite the command of Rule 1.16(d) to “surrender[] papers . . . to which the client is entitled” “upon termination of representation,” few lawyers do, and fewer clients object.  But what about those instances where a lawyer wants to promptly surrender the client’s file upon termination?  Does Rule 1.16A, which provides safe ethical harbors regarding the destruction of client files, create any impediment to surrendering a file?  I recently had occasion to consider this, and take a deeper dive into Rule 1.16A.  The situation was this:

A law firm was terminating representation of a client and wanted to ethically and completely purge itself of its client’s files.  Legal proceedings against the client involving matters relating to the firm’s representation were not pending or threated, but were viewed as a possibility at some time in the future.  Were that to happen, the firm understandably did not want to become caught up in a “litigation hold” battle, which, among other things, would have required the firm to determine which records were subject to the hold, segregate them, assess which records were protected by attorney-client or work-product privileges, and assert these privileges, all without the prospect of compensation.  The firm might even have to incur the out-of-pocket cost of outside counsel to assist it in making the evidentiary assessments.  Given the size of the client’s file this would be a considerable undertaking, a drain on the firm’s resources, and possibly put it at odds with its former client.  The question was “could the firm simply deliver everything to its client (both physical and digital records)?”

The pertinent part of Rule 1.16A provides:

(a) A lawyer in private practice shall retain a client's files respecting a matter unless:

(1) the lawyer delivers the file to the client or the client authorizes destruction of the file in a writing signed by the client and there are no pending or threatened legal proceedings known to the lawyer that relate to the matter.

(Emphasis added.)  While the firm was anxious to divest itself of the client’s file, it did not want to run afoul of the highlighted language in the event litigation commenced shortly after termination and someone second-guessed the firm’s determination that there were no “threatened legal proceedings known to the lawyer that relate to the matter.”

The question was:  Taking a conservative approach which assumed that litigation might arise in the future and that someone might contend that the firm should have “known” such proceedings were “threatened,” could the firm safely and ethically surrender the entire file to the client, or did the highlighted language require the firm to retain a copy the file, perhaps even against the client’s explicit instructions to surrender it?
If the latter interpretation prevails, then Rule 1.16A’s “threatened or pending litigation” clause creates a serious potential conflict between a lawyer and a client or former client, effectively requiring a lawyer to act an unwilling escrow agent for the benefit of the client’s adversaries.  This would be a harsh interpretation, but not entirely inconsistent with other provisions of the Rules of Professional Conduct which sometimes place an attorney’s duty as an officer of the court ahead of a lawyer’s duty to a client.  See, e.g., Colo. RPC 3.3 (Candor Toward the Tribunal).  Rule 1.16A is unique to Colorado, and there is no decisional law discussing this exception.

When is a Client Not a Client?

I kibitzed with my partner Eric, co-chair of our Law Practice Professionals Group, about the potential conflict between Rule 1.16(d), which requires the “surrender” of papers to which a client is entitled upon termination of representation, and 1.16A.  Eric’s quick take was that, upon termination, a client is no longer “a client.”  In Eric’s view, Rule 1.16(d)’s duty to “surrender” the file upon termination takes precedence.  Further, following termination of the attorney-client relationship and surrender of the client file,  1.16A’s exception regarding “pending or threatened legal proceedings” is inapplicable because the client is no longer a “client.”  While I liked Eric’s result and thought his reasoning correct, I was concerned someone might think it a little too clever by half. 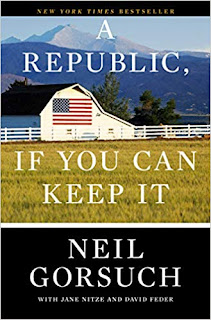 Fortunately, I had recently listened to Justice Neal Gorsuch’s book, A Republic, If You Can Keep It.  In it Justice Gorsuch discusses application of the last antecedent rule, “A doctrine of interpretation by which a court finds that qualifying words or phrases refer to the language immediately preceding the qualifier, unless common sense shows that it was meant to apply to something more distant or less obvious.”  Nolo Plain-English Law Dictionary.

Applying of the last antecedent rule to Rule 1.16A(a)(1), the clause “and there are no pending or threatened legal proceedings” qualifies only “or the client authorizes destruction” and not “the lawyer delivers the file to the client.”  This approach has the virtue of not inferring to the Colorado Supreme Court a policy that clients facing litigation cannot be trusted to honor the litigation hold requirement themselves, such that lawyers should be impressed into involuntary service as “litigation hold agents.”  It further avoids the uncomfortable prospect of putting a lawyer in an adversarial position with a client.  Finally, such interpretation is harmonious with Rule 1.16(d)’s affirmative requirement that a lawyer surrender a client’s papers upon termination of representation, which substantially predates Rule 1.16A, having previously been codified in the Model Code of Professional Responsibility, DR 2-110(A)(2) (“a lawyer shall not withdraw from employment until he has taken reasonable steps to avoid foreseeable prejudice to the rights of his client, including . . ., delivering to the client all papers . . . to which the client is entitled,”).

Both policy and statutory construction support the conclusion that Rule 1.16A always permits a lawyer to surrender the client’s file to the client, even when there is pending or threatened legal proceedings relating to the work the lawyer has done.  Given the potential financial and other burdens associated with being caught in possession a former client’s file when litigation arises, not to mention the cost of providing “perpetual care” for such records even if litigation never arises, Rule 1.16A may, in fact, provide an incentive to do what most lawyers have heretofore considered an anathema: actually observing Rule 1.16(d)’s edict to promptly surrender the client’s file upon completion of a matter. 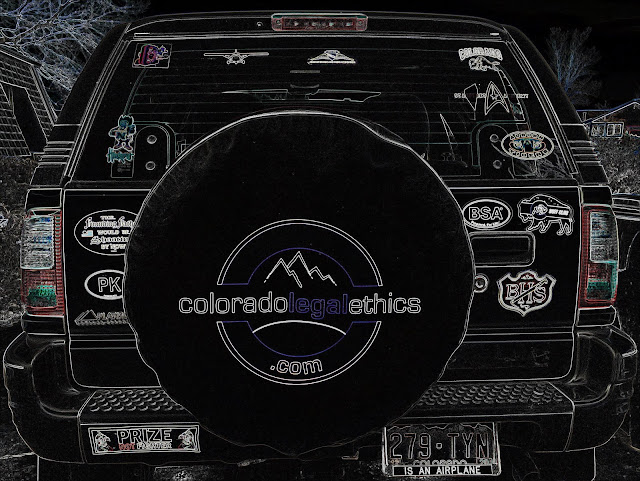